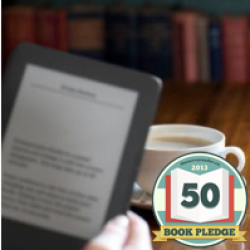 I'm a 32 year old mom of two who loves to read (obviously)! I'll read just about anything - if it sounds interesting, it makes it's way to my to-read pile!

How My Summer Went Up in Flames
Jennifer Salvato Doktorski 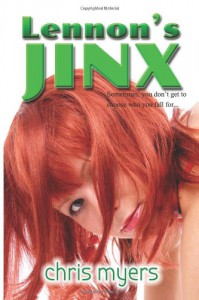 As soon as I saw the cover of this book, I knew I needed to read it. Something about the redhead on the cover just spoke to me.

It didn’t quite live up to my expectations, but I still enjoyed it. I liked the characters, especially 9-year-old Currie. Lennon seemed like the typical womanizing bad-boy until his little sister Currie was introduced, and I realized how wrapped around her little finger he really was. At first I didn’t understand the dynamic between them, but as the story progressed I understood about their terrible useless parents. Jinx acted quite stuck up, though her side of the story is told quite quickly as to why she acts the way she does. I liked the interaction between them at first, it felt authentic to me.

Some parts of the plot felt a little forced, and sometimes a bit too easy, but I like that Myers didn’t back down from problems that kids actually have to deal with. The problems are exaggerated for the sake of the story. Neither Jinx’s or Lennon and Currie’s parents were there for them, and they were forced to either internalize their hurt or act out on it. I had hopes that Lennon would be able to soften Jinx and that she would be able to settle him down, that they would complete eachother.

This was the first book in the Lennon’s Girls series. I’m hoping that both characters are more developed in the next two books in the series and continue to grow as individuals and together.

Overall, in the end it wasn’t the pure young-adult romance that I had expected, but I found it was enjoyable nonetheless.
Tweet